Explore all that the Western Lake District has to offer on this Mountain Goat High Adventure Tour leaving daily from Ambleside, Ings, Kendal, Staveley, Windermere & Bowness and Tuesday, Thursday and Saturday from Braithwaite, Keswick & Portinscale.

Setting off from Windermere on what some may say was the first day of spring we travelled past Lake Windermere through Clappersgate towards the stunning Langdale Valley passing Loughrigg Tarn on the way. 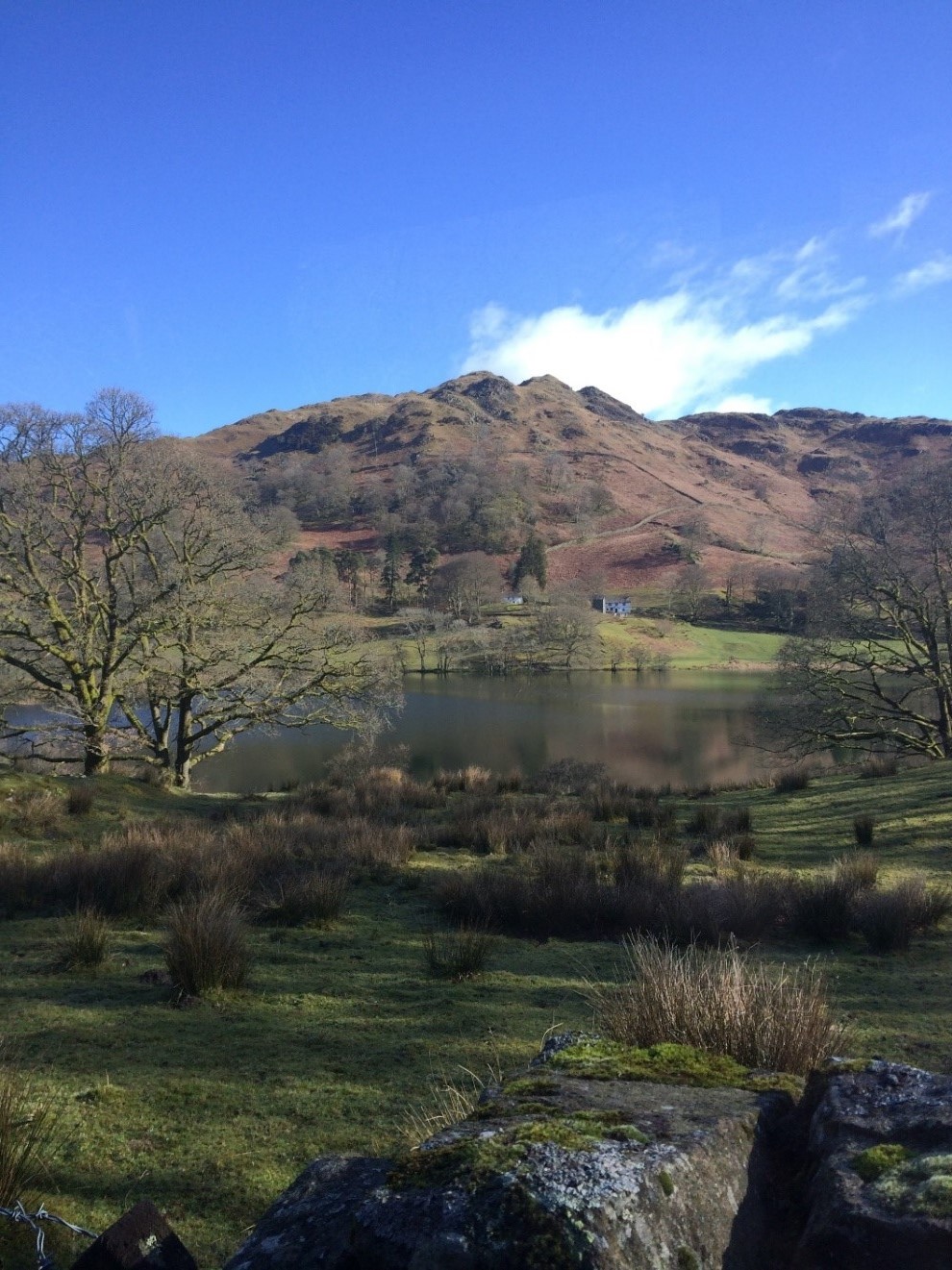 Picture; Loughrigg Tarn
Our first stop was the picturesque village of Elterwater, this village is nestled in the Langdale Valley, which Wordsworth described it as being a ‘most beautiful example’. 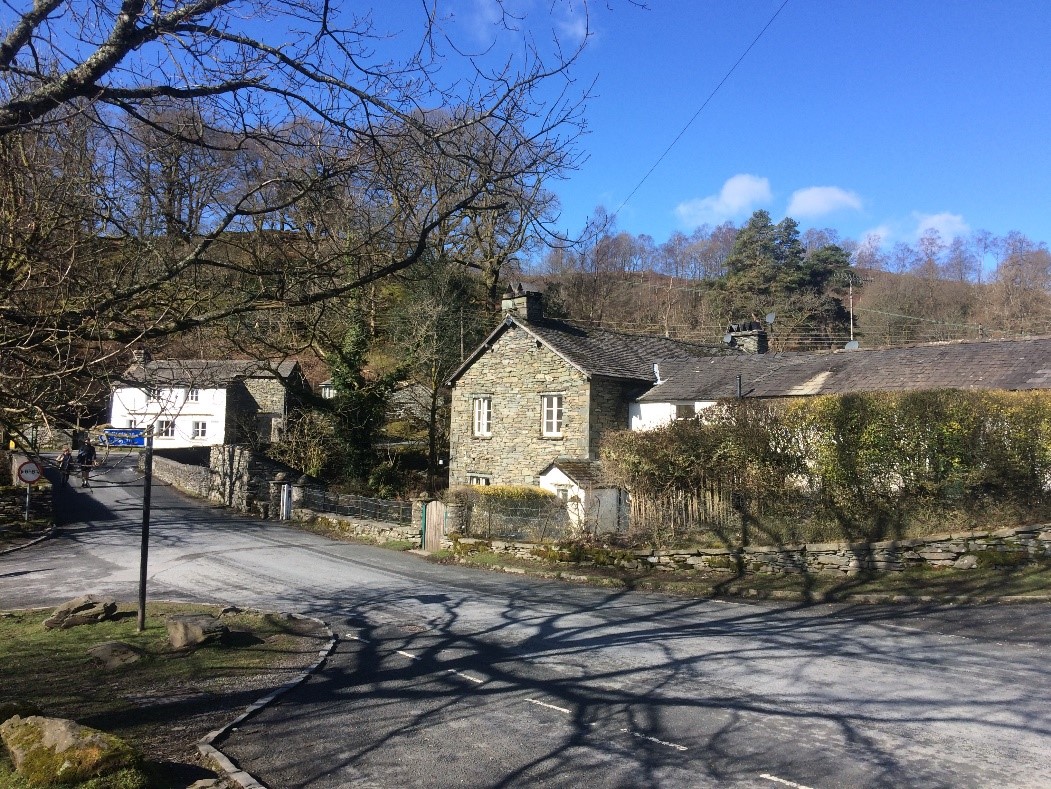 From Elterwater we travelled through Great Langdale with stunning views of Crinkle Crags. River Brathay flows through the village. 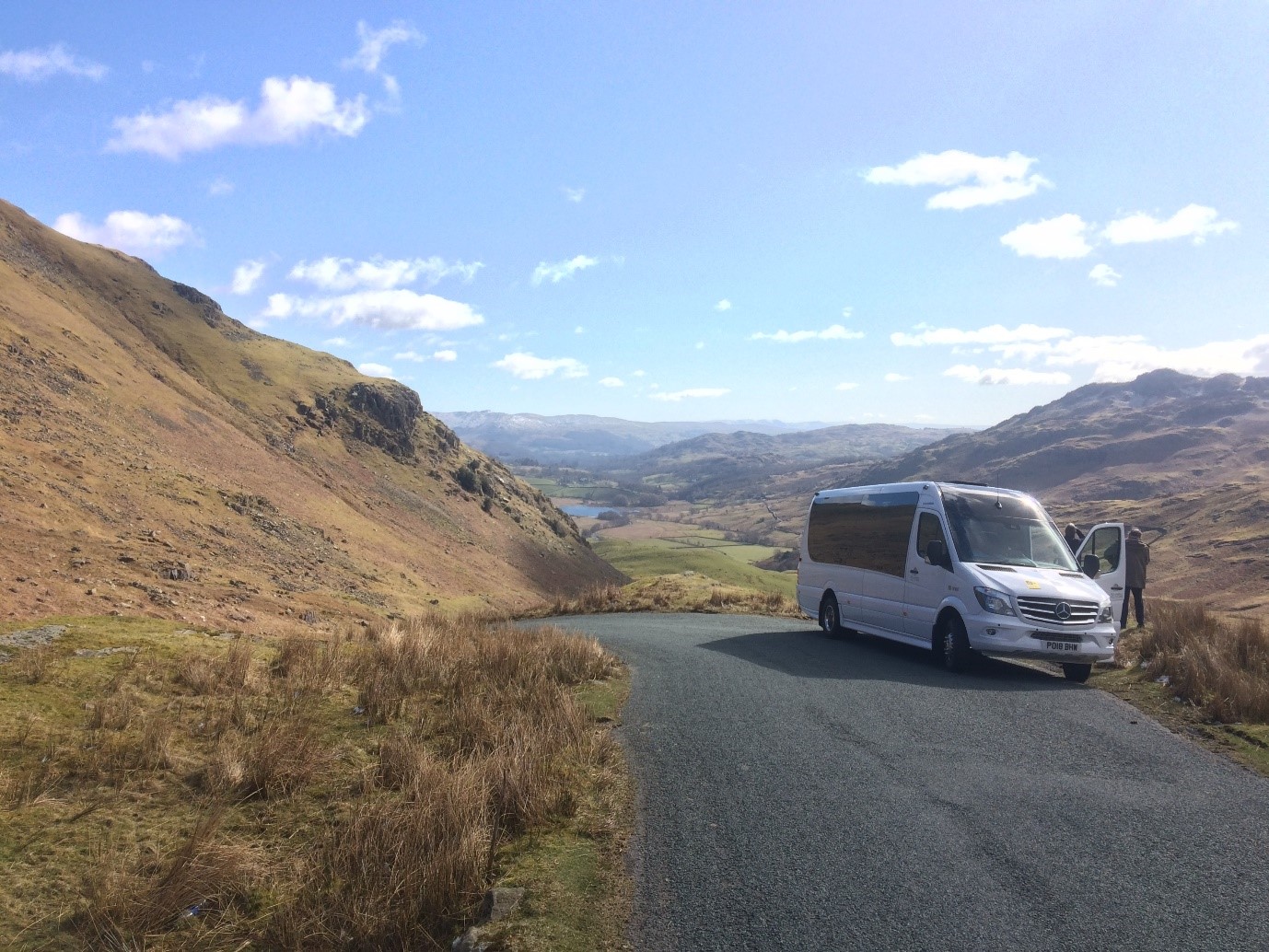 After passing Blea Tarn we began our ascent up the first mountain pass, Wrynose Pass, one of the steepest in England. This mountain pass connects the Langdale Valley and Duddon Valley. Our next challenge was traveling over Hardknott Pass, sometimes a struggle for the inexperienced however the Mountain Goat bus meandered gracefully up to the top and then descended down stopping off at Hardknott Roman Fort on the way. We had a 20-minute stop at the magnificent roman fort remains on Hardknott 1,000 feet above Eskdale Valley. Whilst admiring the view we were greeted by a practicing fighter plane above. 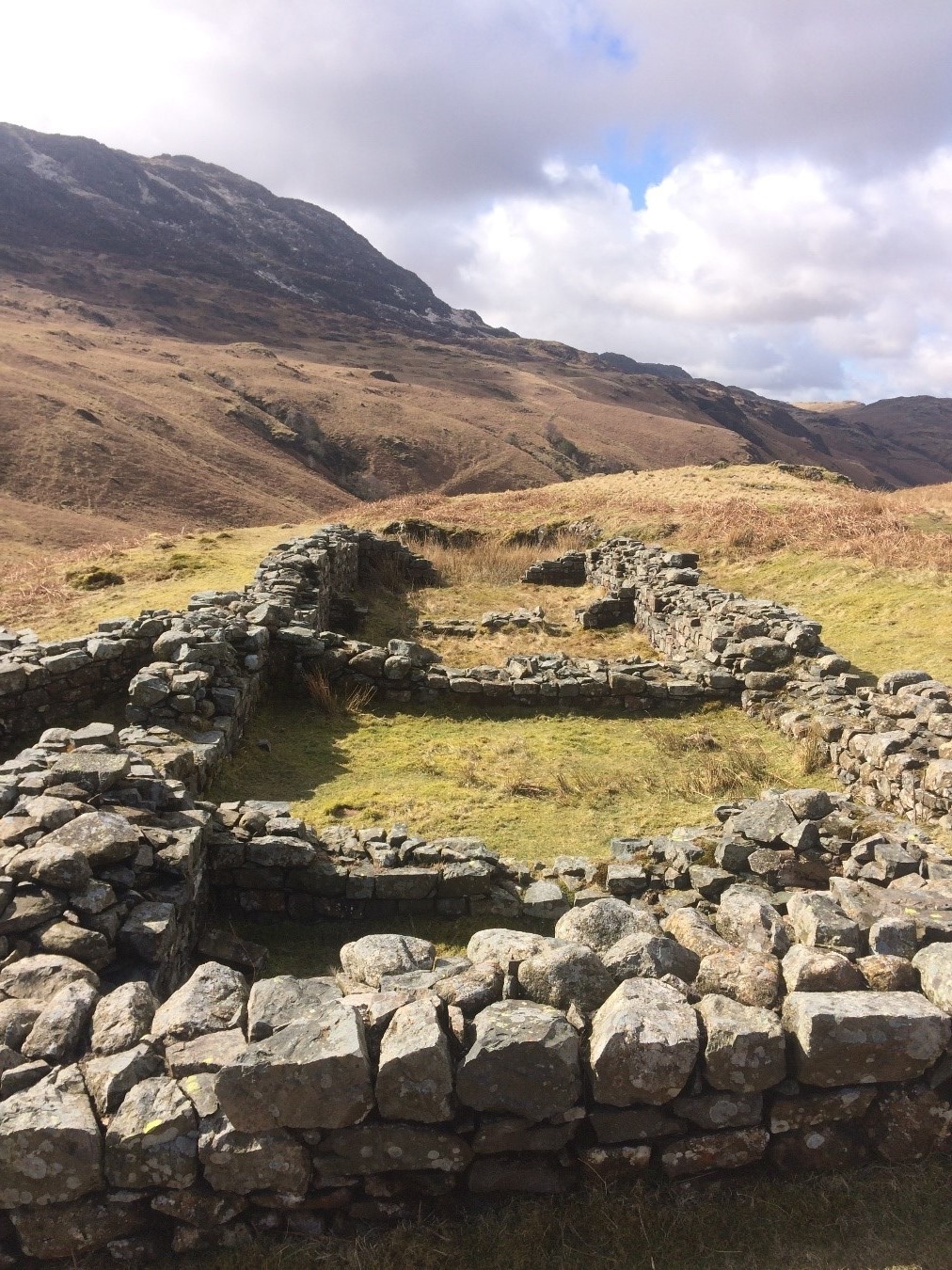 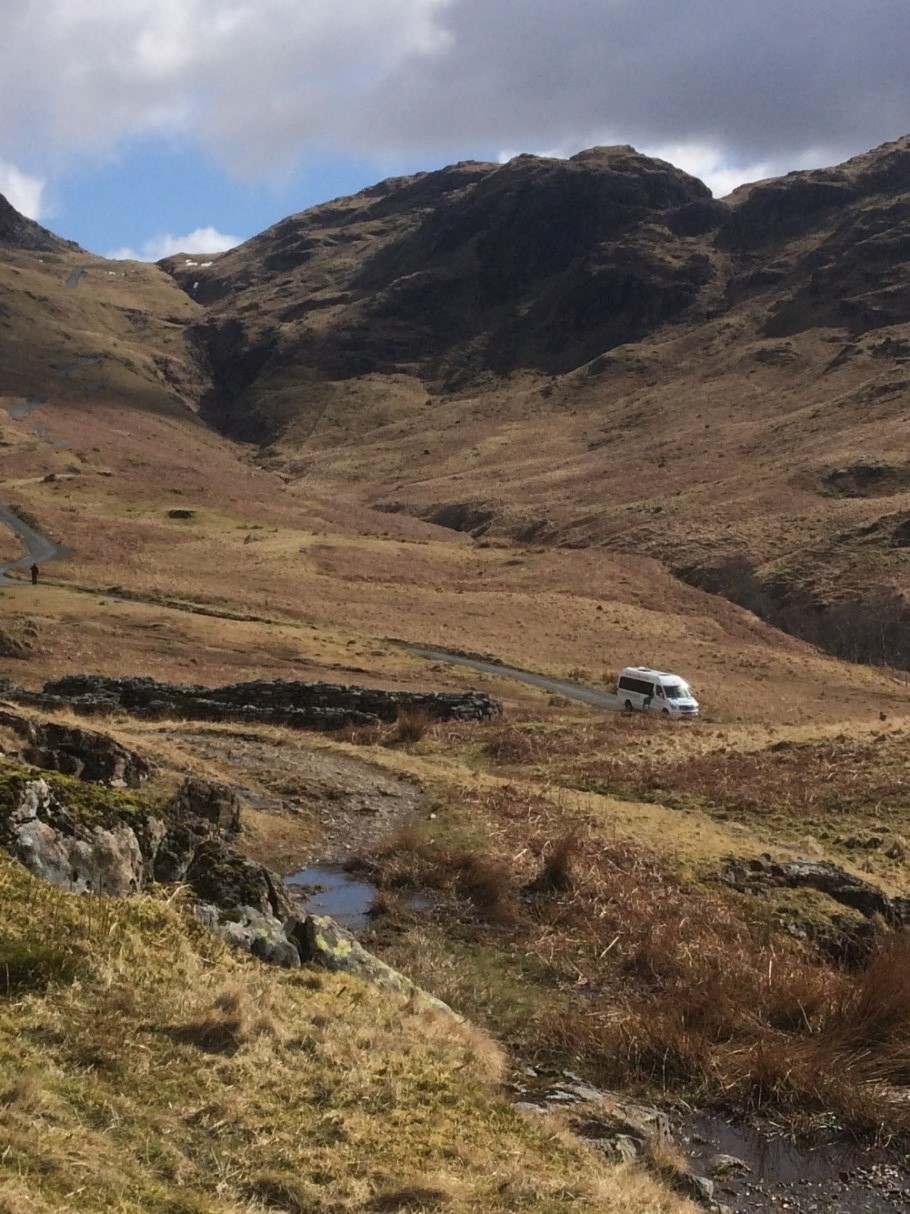 Picture; Hardknott Pass
Walking to the back of the Roman Fort gives you amazing viewsw of Eksdale Valley and over to the highest mountain in England, Scafell Pike. 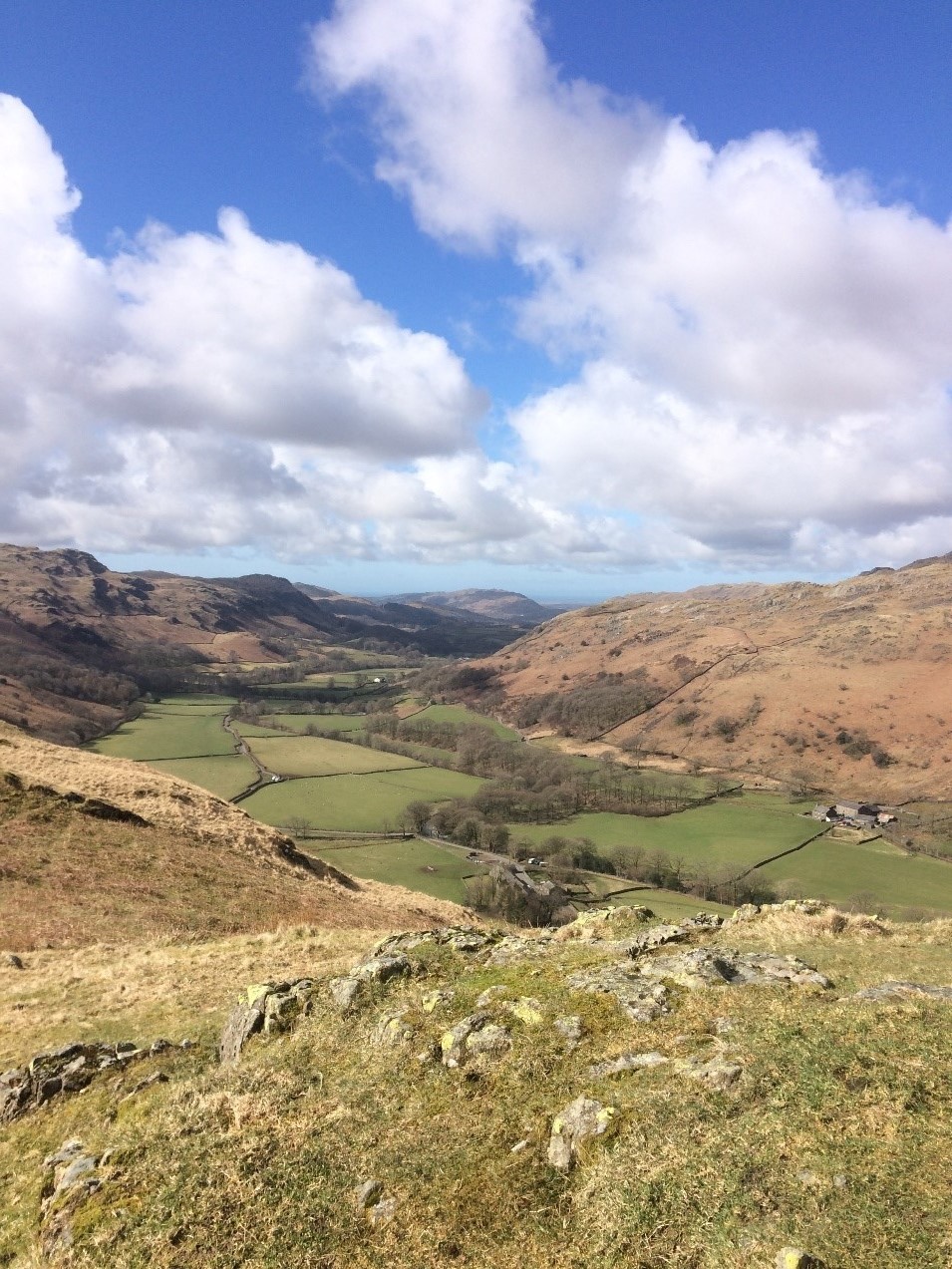 After our brief stop at the Roman Fort we continued down the pass onto Boot, where we stopped for lunch and then boarded the oldest and longest narrow-gauge heritage railway, Ravenglass & Eskdale Railway, the line runs 7 miles from Dalegarth, Boot to Ravenglass. Our journey from Dalegarth, Boot to Irton Road took about 20 minutes passing some locals on the way, Herdwick sheep. 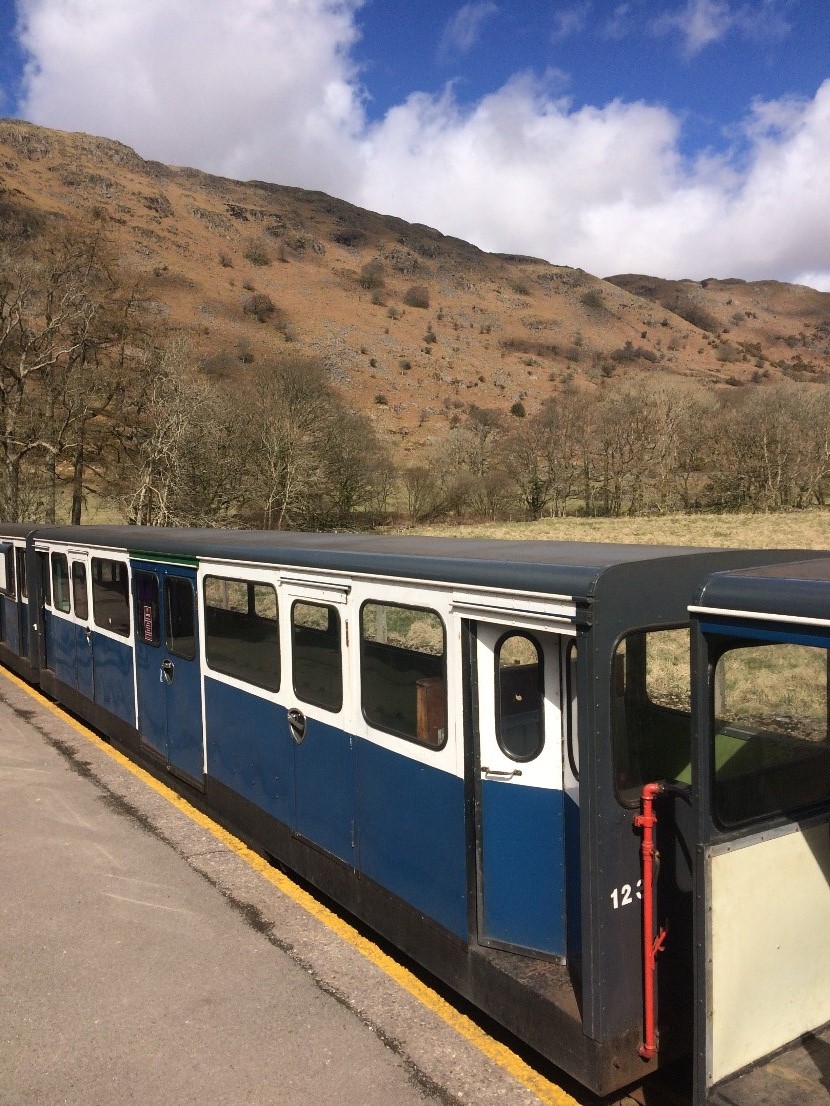 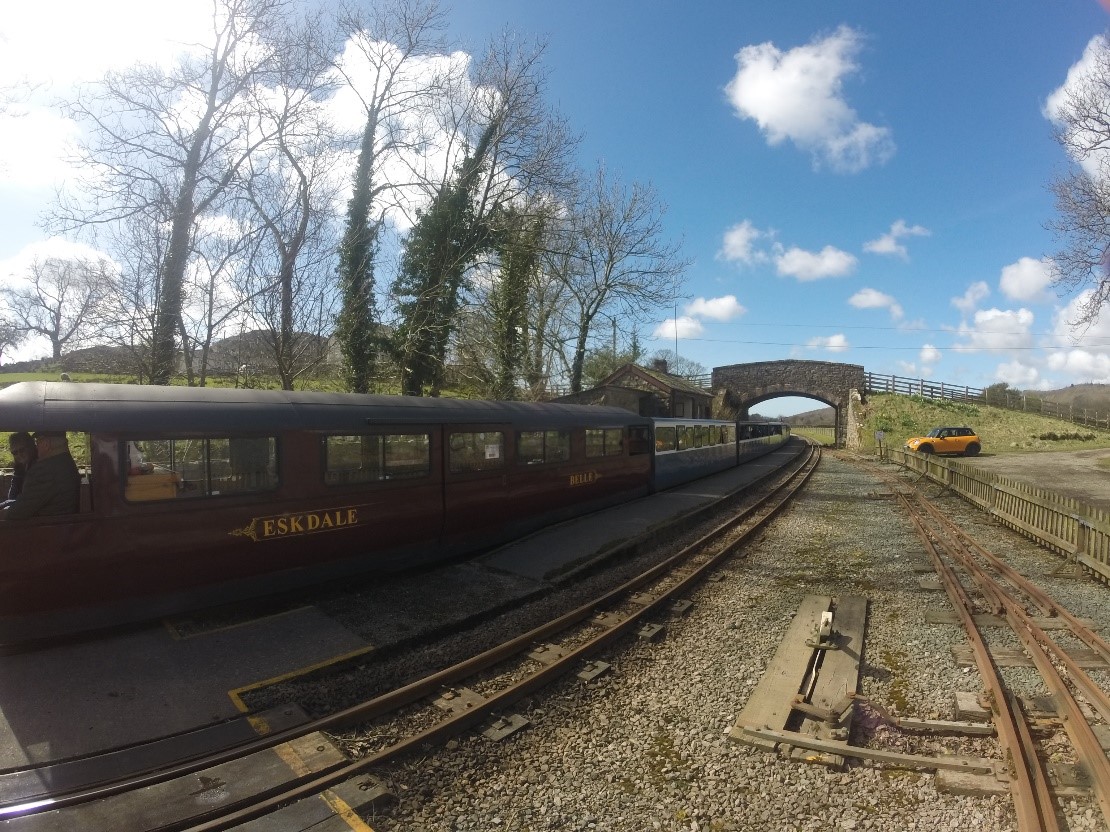 At Irton Road we were met by the minibus and from here we travelled to Wastwater. Wastwater is the deepest lake in the England at 260 feet deep with dramatic mountains surrounding it including Great Gable, Red Pike, Kirk Fell and Scafell Pike. 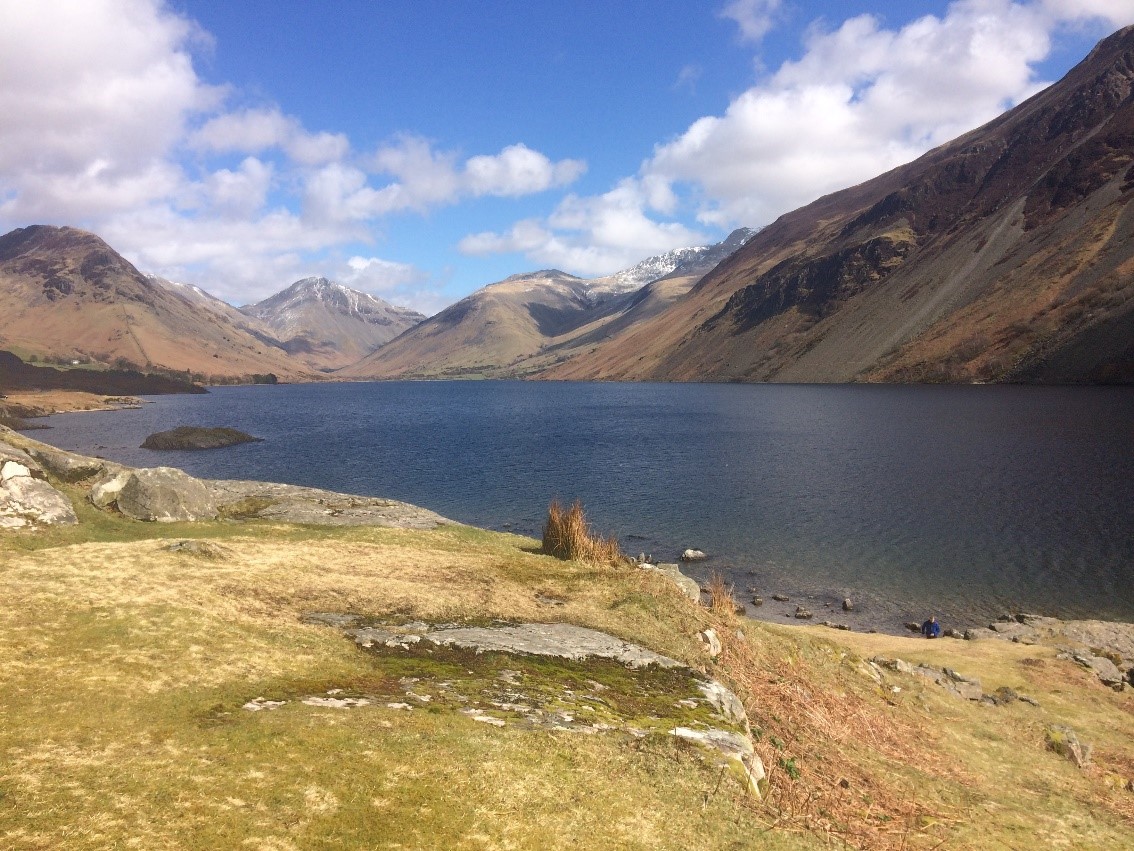 From Wastwater we travelled to Muncaster Castle, with free entry to the gardens and Hawk & Owl Centre. Just as we arrived, at 2pm the bird show was beginning with amazing birds of prey and owls. Entrance to the historic castle is extra, but the 77 acres of woodland and gardens are free to explore. The stunning backdrop of the Lakeland fells is the perfect setting for this historic family castle, which is still lived in today. 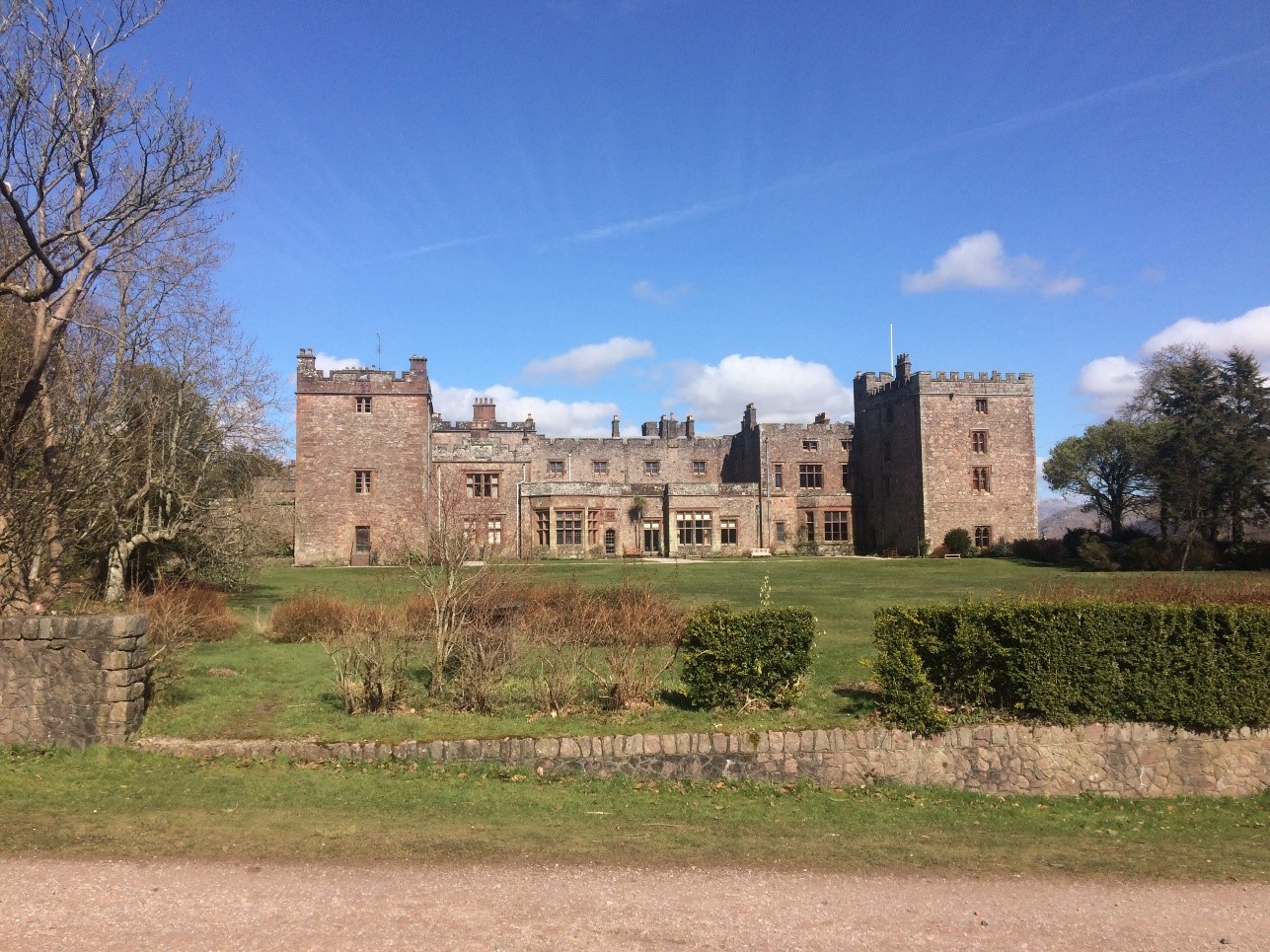 This High Adventure tour is a fantastic day out exploring some of the most stunning landscape in the UK including the highest mountain and deepest lake. Inclusion of the railway and Muncaster castle gardens rounds the day off nicely and there’s lots of time of explore.