As we had flown into Perth we decided to explore the west coast before moving on. As money was getting a bit tight we decided we’d go south and get some money as well as get our farm days signed off early. We arrived in Australia on 15th December so we had plenty of time to get our farm work but decided it would be better done early!! As most of you know English citizens are allowed a one year working holiday visa in Australia – great! However if you wish to extend that visa for an extra year you are required to do regional farm work. You can search online and on the Australian government website to find out where is classed as regional as we did.

We were initially planning on heading to Margaret river to complete our farm work as we knew this was wine region and there would be tons of vineyards looking for farm hands. In the process of researching the area we came across a working hostel in Dunsborough. After googling Dunsborough we decided to head there as it looked beautiful!

We arrived in Dunsborough on 5th January ready to get some farm work done. Luckily for Conor he got a farm job straight away, being a guy the company we particularly looking for strong guys to lift nets. Conor’s job was for a company called River Ace based just out Margaret River about 20 minutes from Dunsborough. Luckily another guy from the hostel also got a job with them so Conor could get a lift with him. His job was lift and putting nets on, the vines are covered by thin nets to stop the birds from pecking and distroying the grapes. It was paid by the hour which is often unheard of for farm work but because it wasn’t picking it was per hour as well as travel time paid for. It was long hours and early mornings but Conor really enjoyed the hard work. 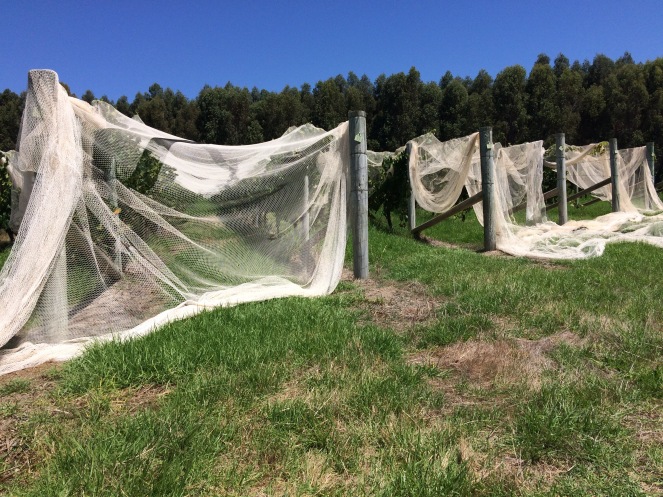 After about a week with this company Conor asked whether they needed any girls and they said yes so I went in with Conor the following day. I wasn’t sure what to except but thought surely it couldn’t be that bad. Well I was wrong, the worst job on the vineyard. As it was early in the season our job was to ‘desucker’ the vines. The vines were really short only about a metre of the ground and it was my job to bend down and remove the buds which were growing out of the tree. Some of them were buds but some of them were also large branches which needed pulling out. This job is about concentration and attention to detail. The rows were really long and it took about 2 hours to finish one row. We were getting paid per row as well which was awful!!! We started at 6am, it got really hot by 9am so I took my jumper off, we finally finished at 2pm when I realised I had completely burnt my shoulders and back as I was wearing a vest top. By the end of the day my back and legs were in agony from bending over and I really didn’t want to return the following day.

Unfortunately I did return the next day and it was desuckering again. It was so hot and my back was so sore. We began at 6am again and by 10am I felt like crying. The rows took 2 hours and we were only getting $14 per row as basically $7 an hour or £3.50 for such a hard job. By 2pm myself and another girl decided to give up, we were making any money and didn’t desperately need our farm days so politely told the supervisior we quit!

After quitting I signed up for a company in Dunsborough town centre called AHA Viticulture. They are contracted by vineyards to do all kinds of work across the Margaret river wine region. I had to wait about 3 weeks from when I signed up until I got work, the harvest didn’t begin until the very end of January. On my first day there were about 4 cars from the hostel driving there but it wasn’t far away. We arrived at about 6am and were grape picking. We were picking the white grapes, we were each paired up and had to stand on either side of the vine and pick all the grapes from the vine and put them into boxes. The boxes were 7kg each and it varied from pick to pick as to how much we would get per box it was usually around $2 per box.

I worked for AHA for 3 weeks constantly, as Harvest went into full swing they were really busy with picks nearly every day of the week. Mostly we picked grapes in the morning which was always paid per box and then we did other work in the afternoon such as leaf plucking, fruit dropping and lifting nets which was all paid per hour. The jobs were hard and it was the middle of summer. We had to pluck the leaves to ensure the red grapes were being exposed to the sunlight to ripen, we also had to drop fruit on the red grapes, so if bunches of grapes were really clumped we would have to declump them otherwise the ones inside wouldn’t grow and we also had to lift nets on the red towards the end of the harvest ready for them to be picked.

It is mostly the White grapes that get hand picked with some wineries wanting there premium grapes being hand picked as its more delicate. Some white grapes also got machine picked with huge harvesters that go down the vines and shake the trees and the grapes fall off into a large bucket which is done at night time. Mostly all of the red grapes are machine picked which meant when the white grapes had been harvested and picked Conor and I were both out of a job at the end of February. 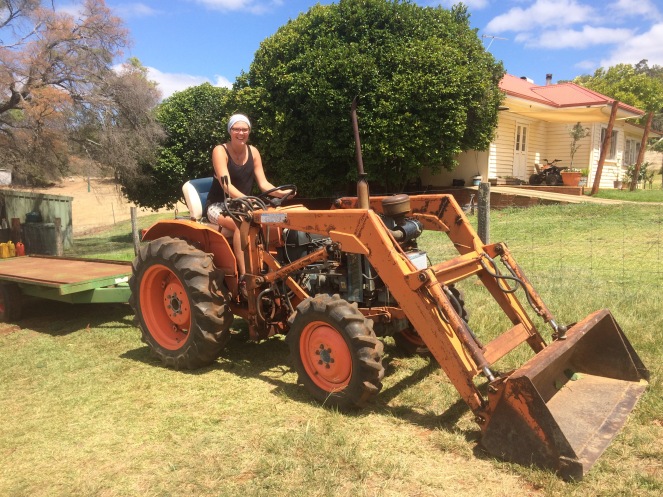 There are many pros and cons, the money isn’t great if you’re picking as its per box, it’s not too bad if you’re working per hour but the work is hard. It’s hot, very hot in the middle of summer. However there are some perks like seeing the sunrise every morning and learning a lot more about the process of wine making rather than just drinking the end product – goon for us backpackers! 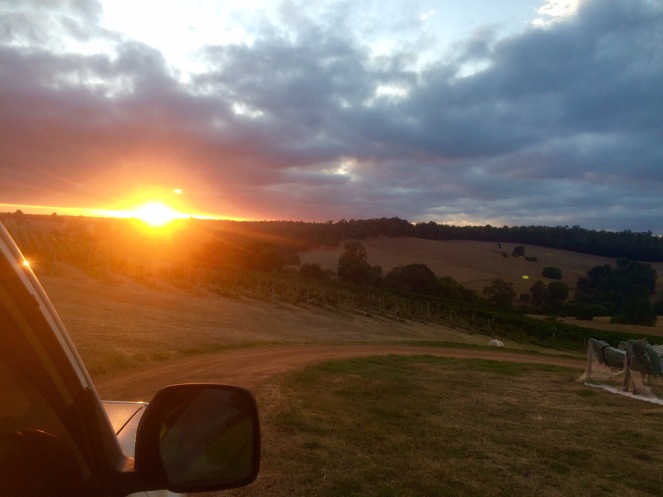 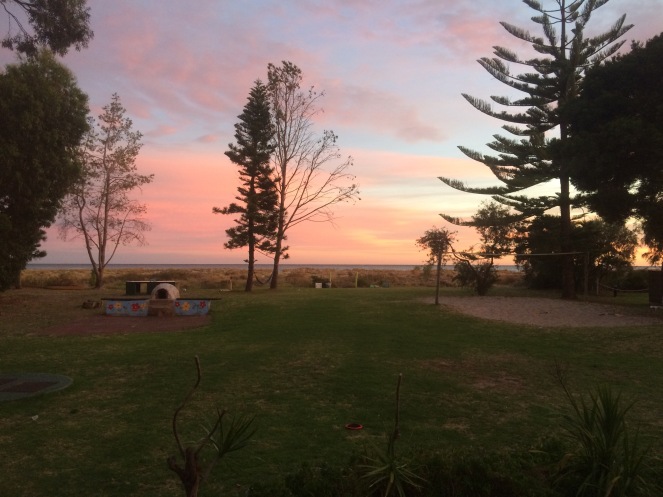